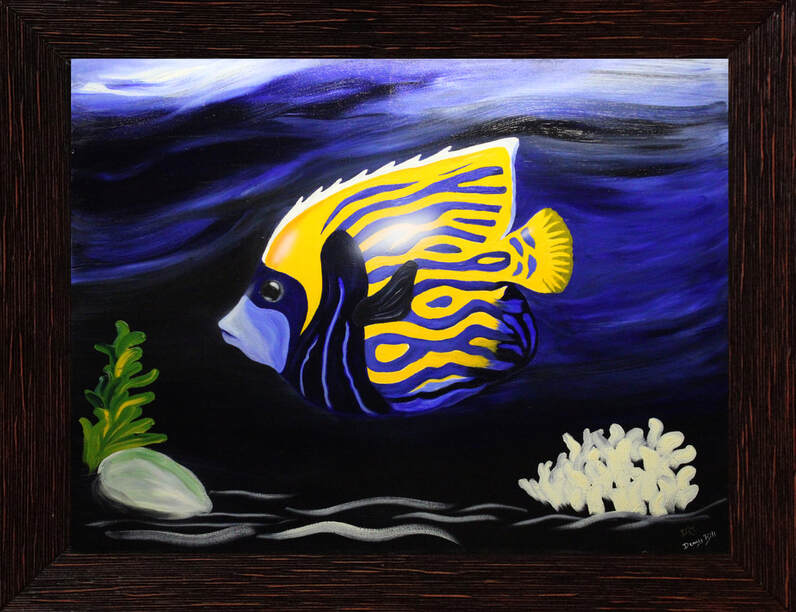 Sea Fish
EURO AGO SERIES - A series of paintings representing scenes frome one, two, or three centuries ago of European cultures. It includes Dutch/Flemish scenes, Russian scenes, and French scenes.  The oil paintings were done at the scale the signed prints are produced.
​The Old Dutch paintings are influenced by Pieter Bruegel the Elder’s paintings from the mid-1500’s. They show village life as it might have been in Dutch or Flemish communities. Dennis depicts people working and socializing throughout the seasons. We might find someone harvesting grain, fetching water from a community well, riding a horse-drawn cart, greeting another outside their thatched-roof homes, or children playing with dogs. It all adds to the sense of atmosphere we get when viewing the paintings. It allows us to imagine life as it once was before contemporary technology changed the world. 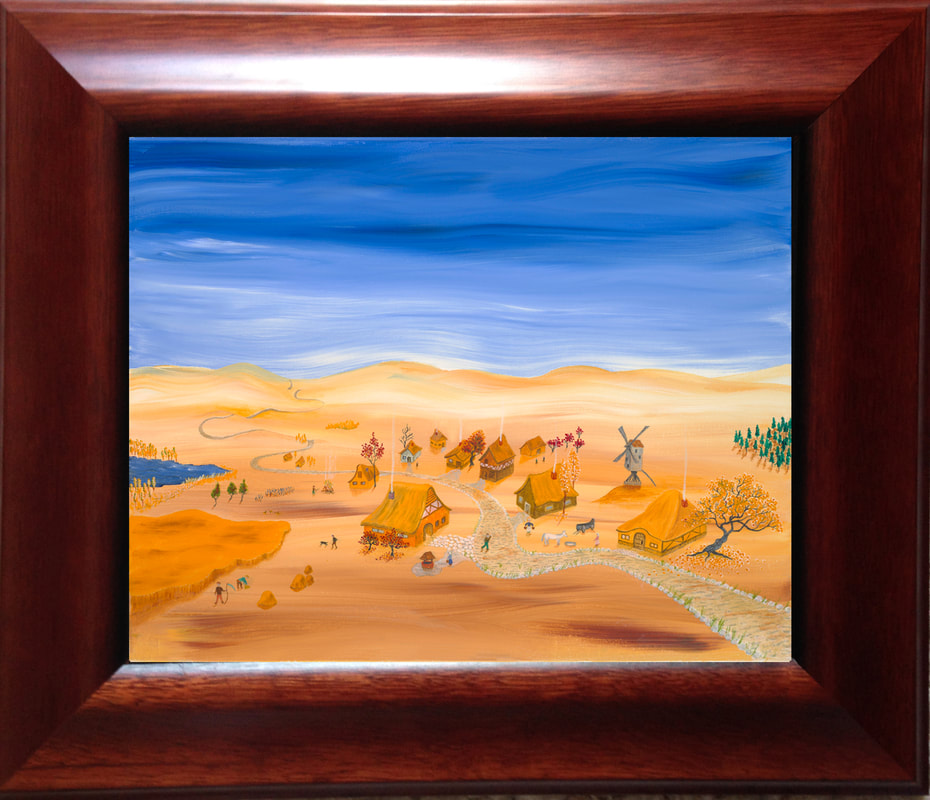 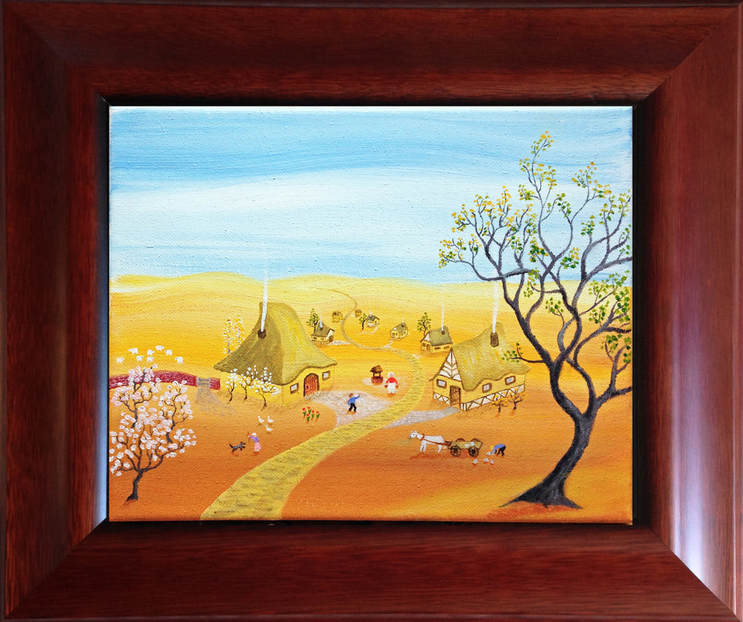 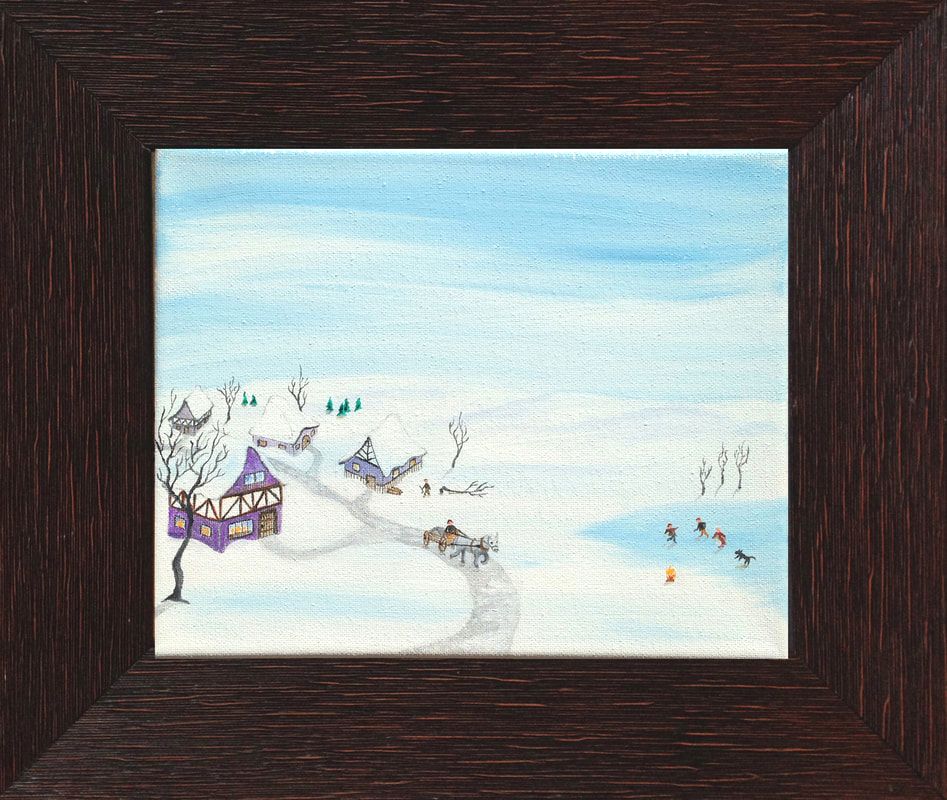 Old Dutch Winter Fun   -   10 x 12
​The Old Russia paintings depict Russian life in a time when hard-working peasant people endured and sometimes flourished in a harsh land. Their small villages of log cabins and thatched roofs were refuges from the vast wilderness. Within them, they found fellowship and community. The cabins were built from the tall conifers that still populate large areas of the Russian landscape. Also common are the beautiful birch trees of which the Russian people are proud. 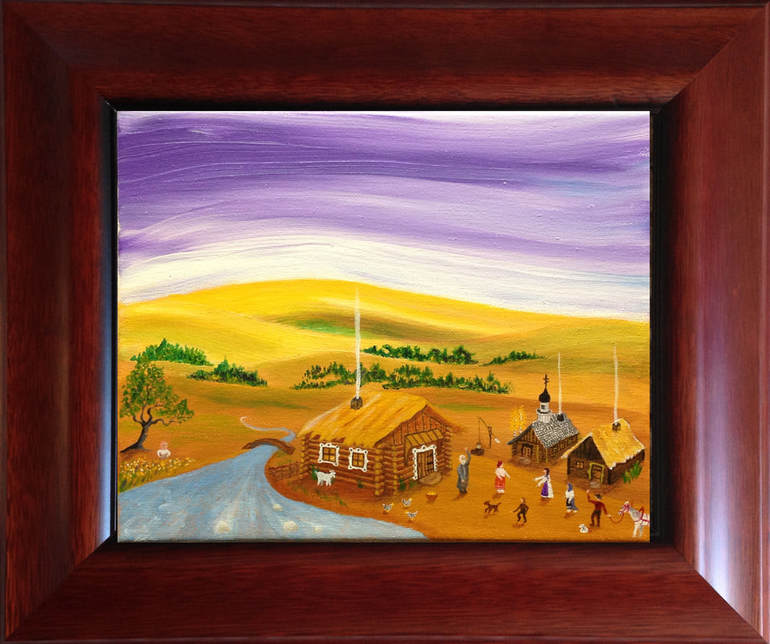 Russian Visitors    -  10 x 12
The Lives of Bouguereau’s Girls paintings are influenced by William Adolphe Bouguereau (Boog·e-rō) who was a celebrated French painter of the late 1800’s. He often painted life-sized portraits of French peasant girls peacefully sitting in their period garb. Dennis has given those girls names and painted them partaking in activities common for the time. When the girls peer toward their viewer they reveal a sweetly shy smile characteristic of youth. 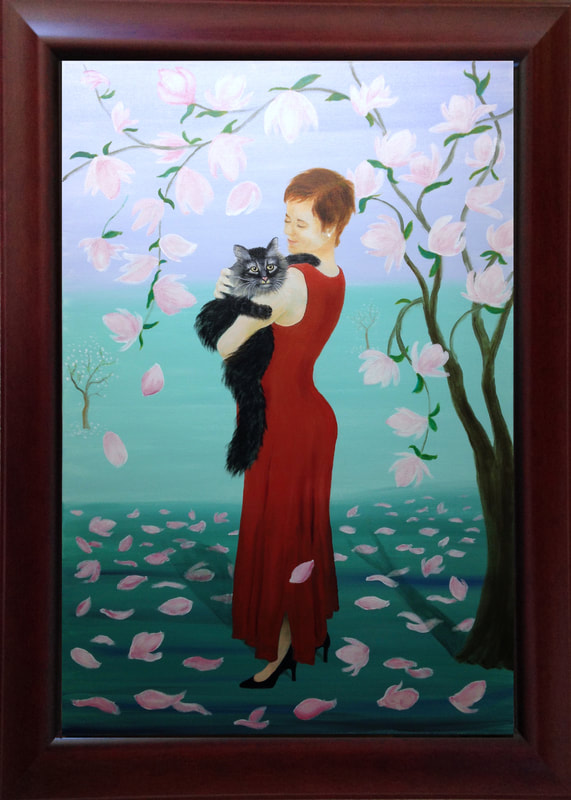 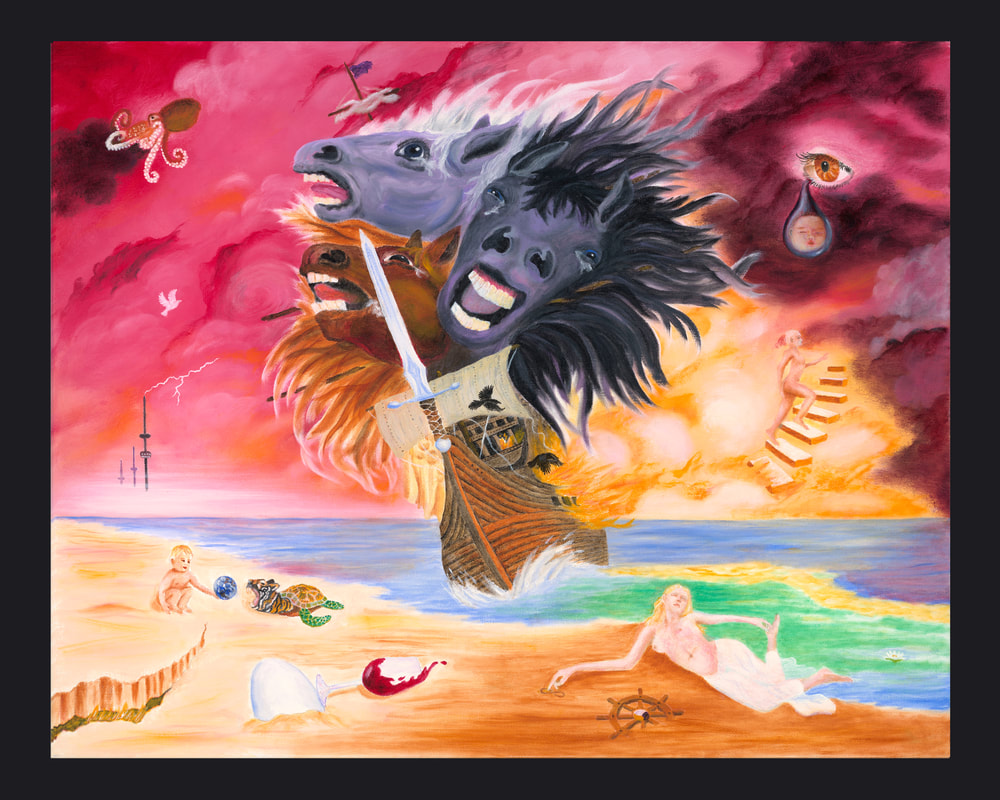 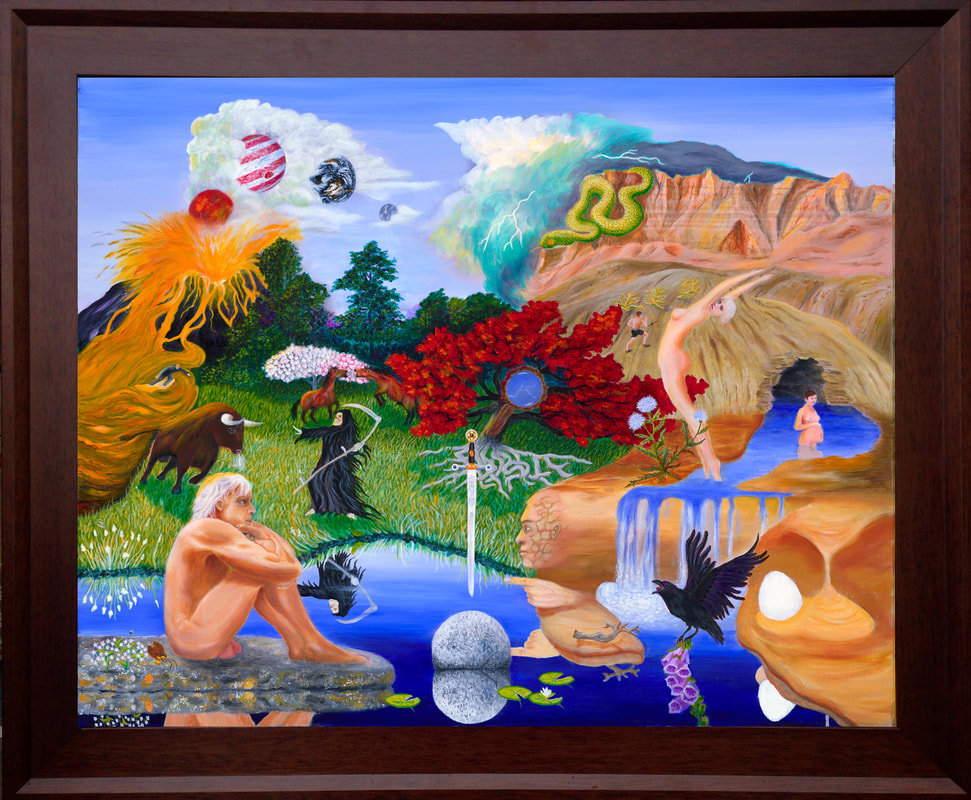 Life Lost and Dreams Forgotten      2019
24" x 30"
This complex philosophical painting is accompanied by the artist's interpretation:
Sexagenarian Man sits without artifice to judge the essence of his past life in a series of visual metaphors. The foundation of his musings is a beautiful park of trees and water accompanied by an eroded desert landscape.
Forget-me-not flowers grow nearby expressing his hope that his legacy will survive.  Bees suggest that some events remembered might have a sting.

He is reminded of his intellectual achievements by The Tree of Knowledge growing in the park, and by how much he has forgotten. The Magnifying Glass of Curiosity is at the heart of the tree. The lens is fractured, signifying its diminishing function as Sexagenarian Man ages. He still longs to understand The Universe, but receiving answers to his questions no longer seems critical.
Two fighting stallions in the park represent his youthful competitive sparing with his peers, and the possible harm that might have come from it.

A bull charging a startled Grim Reaper is reminiscent of Sexagenarian Man’s defiance of death through careless activities of youthful bravado. In addition, a man sportingly surfs down a lava flow. He remembers peers who lost their battle with death and consequently lost the greater part of their lives.

A volcano portrays his past fiery ambition and creative drive. It generates new worlds that precariously float towards a threatening thunderhead coming from behind the desert hills. The storm represents social obstacles that hindered his welfare and success such as prejudice, defamation, deceit, and perverse changes in the mores of society. Waiting to strike, The Snake of Evil depicts sociopolitical discord and violence.

A rock climber scaling the thorn bush-covered hills represents personal traits that occasionally hampered his progress, such as illness, defeatism, regret, and apathy. He overcame these weaknesses, but fears they might resurface with time.

A stream flows from a cave at the base of the desert hills to nourish a rebirth of the park. In the stream stands a quiescent pregnant woman who represents Sexagenarian Man’s paternal procreative yearnings. Has his instinctive drive been fulfilled?

Further downstream a nude woman poses seductively while she gives a challenging stare. She represents his mating endeavors. Thistles that bloom at her feet signify the difficulties that romantic relationships create.

Beside a small waterfall, The Sands of Time fall in an hourglass pattern. The resultant mound of expired time pushes aside The Egg of New Beginnings. Perched on a stem of foxglove in the foreground, a frantic raven caws a warning.

The stone outcropping over which the park water flows has a face and hand pointing scrutinizingly at Sexagenarian Man. He is fully responsible for much of what he sees. Do his memories reflect a life fulfilled – one where he enjoyed all that was achievable?

Excalibur, King Arthur’s sword of valor, hovers over a spherical stone from which the sword was drawn. For him, the sword represents ethical fervor and idealism. The stone represents honesty and justice. Were these personal principles realized?

Sexagenarian Man’s life has changed over time and the activities and dreams of his youth have been lost or forgotten. He realizes he is a different man and must accept a past of accomplishment and mishap as it unfolded. For him to return for continuation or reparation is not possible. Do his memories leave him with an overall feeling of peaceful satisfaction? How will he be remembered? 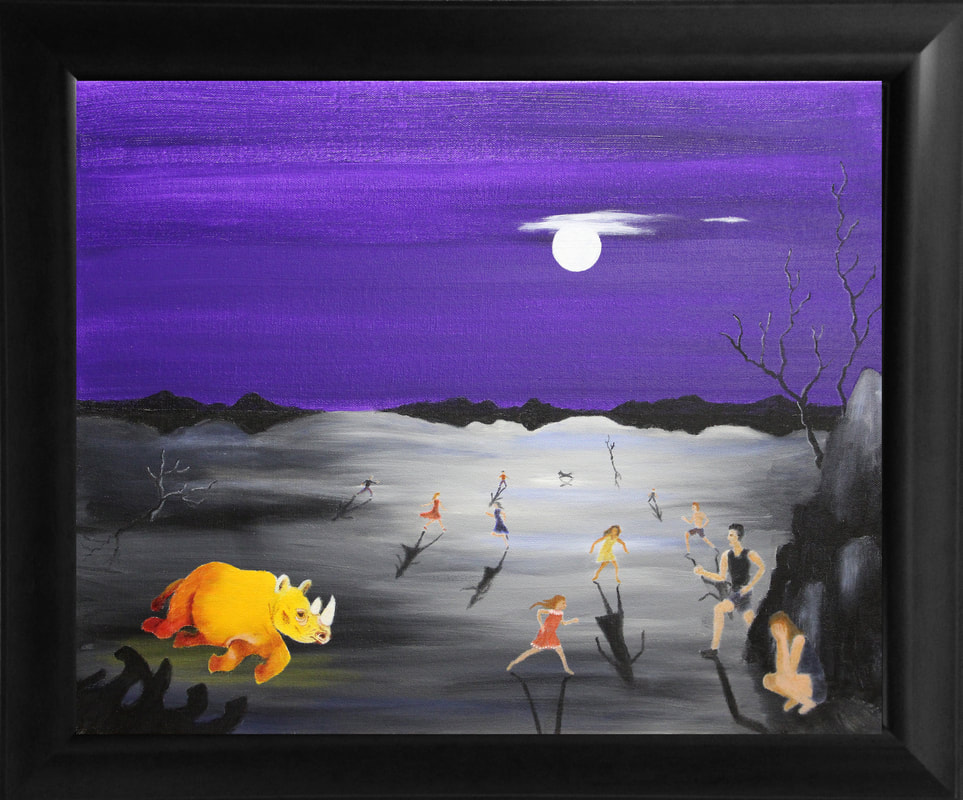 Igneous Rhino and Fear under the Midnight Eye 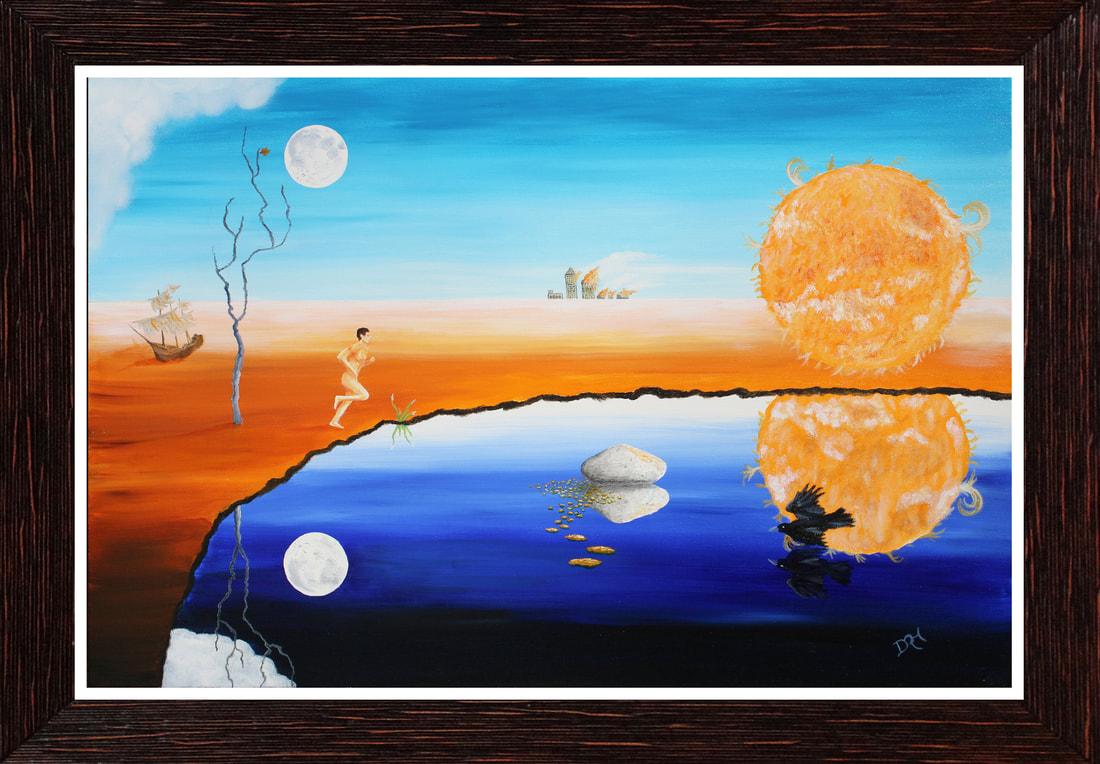 Alone and Enduring the Raven Sun 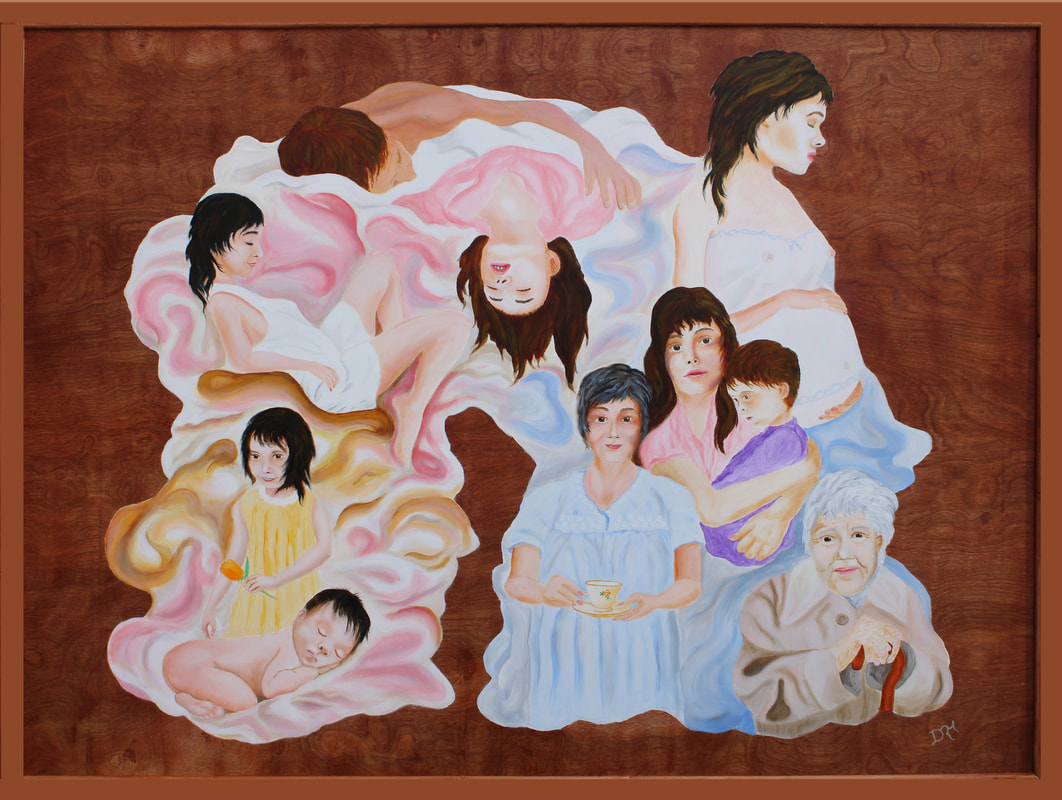 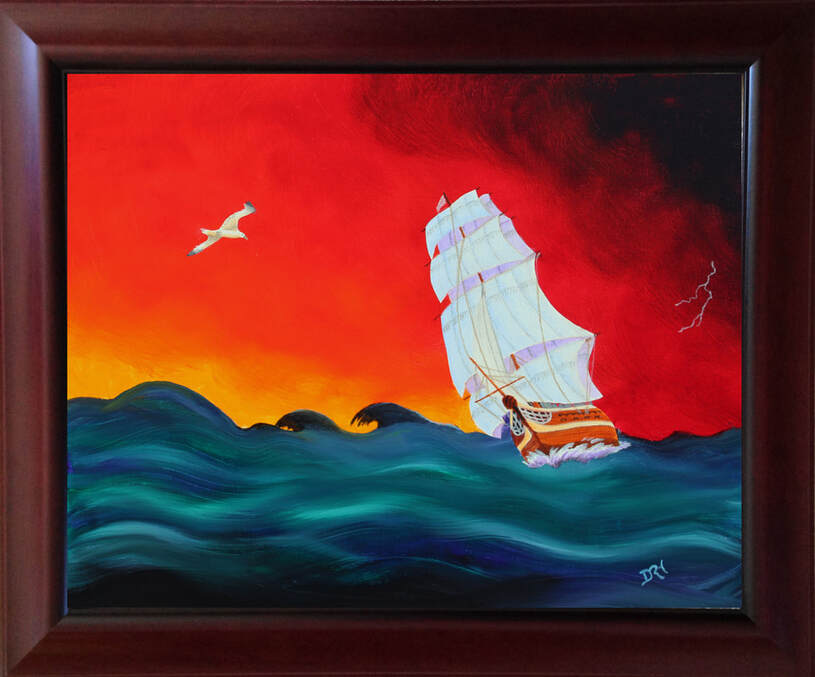 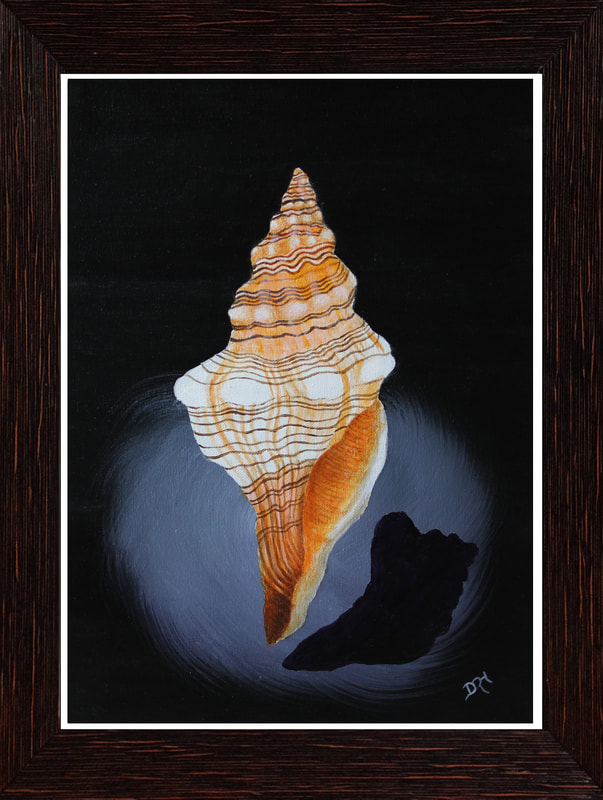 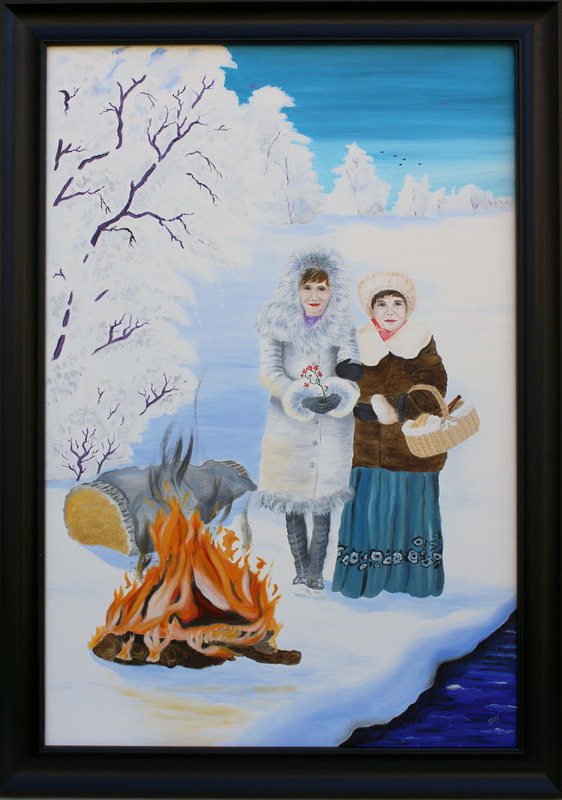 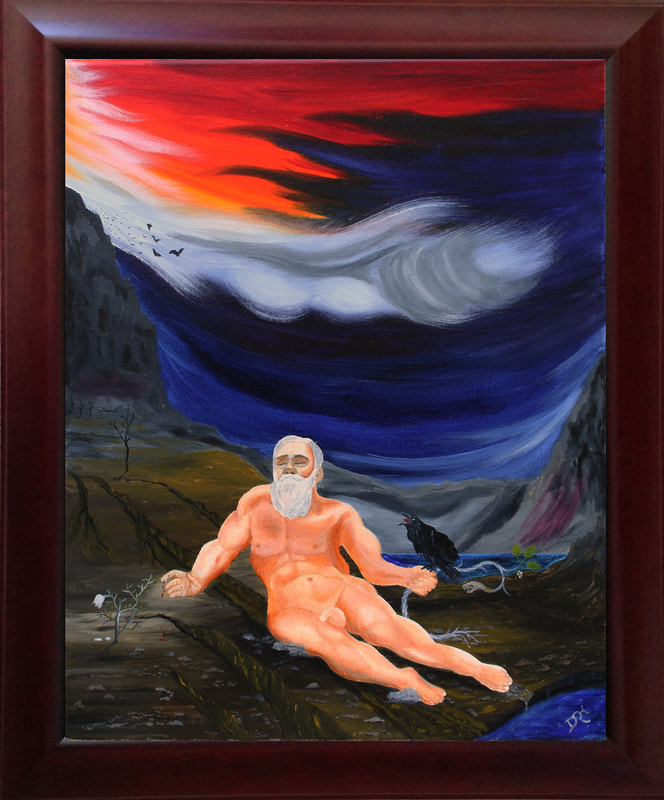 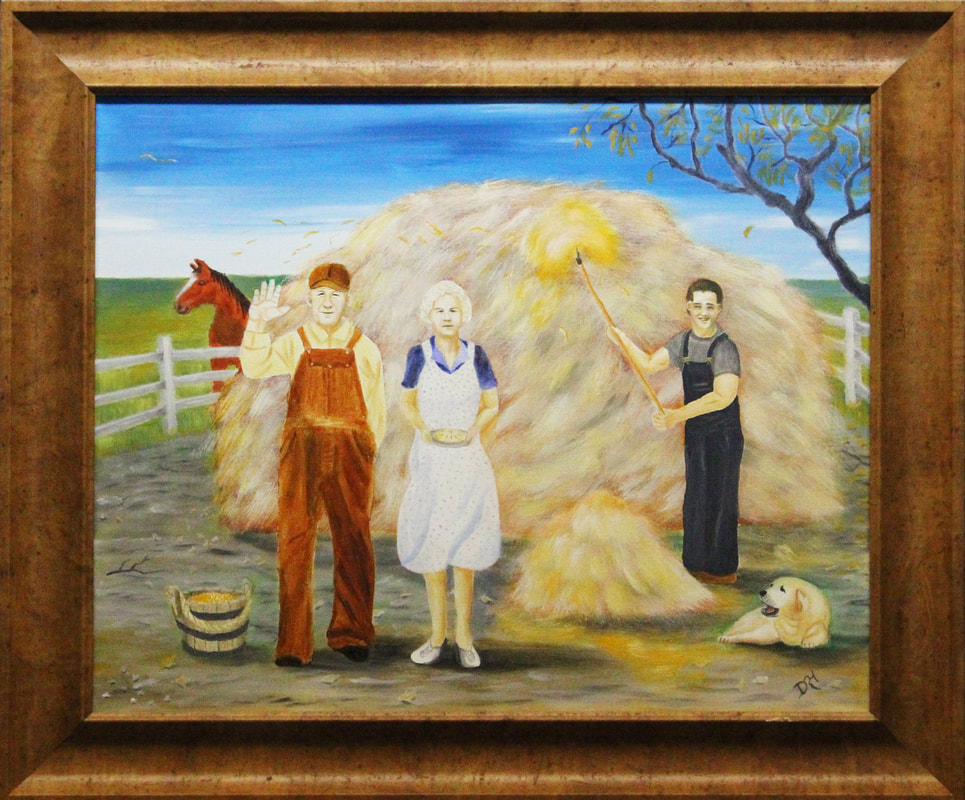 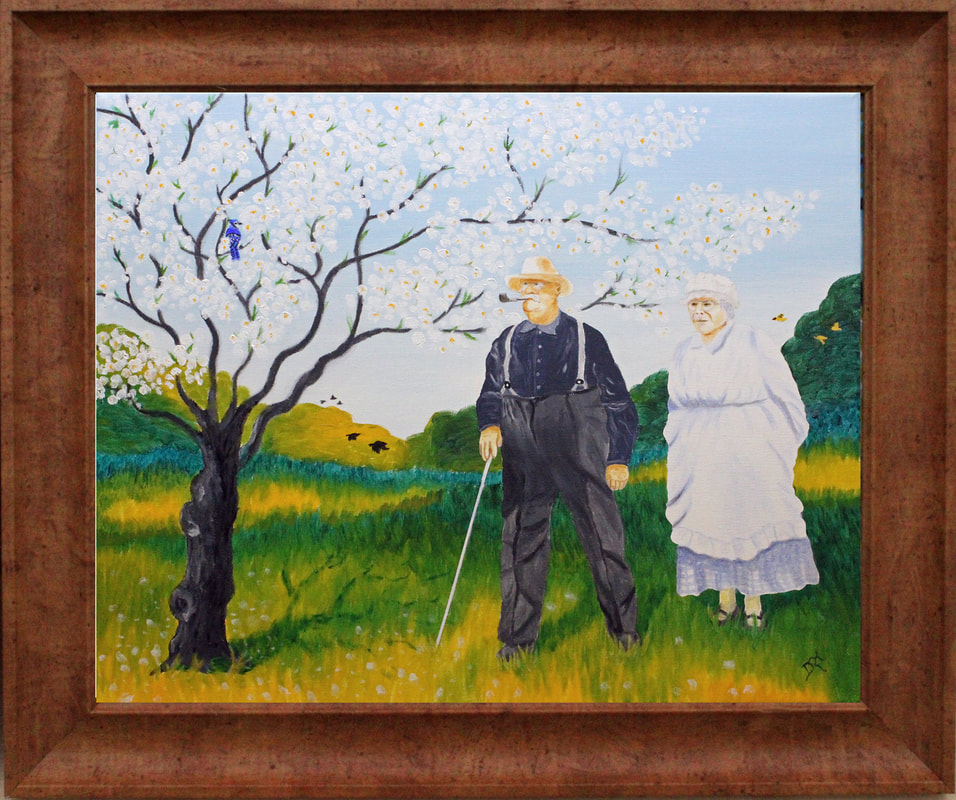 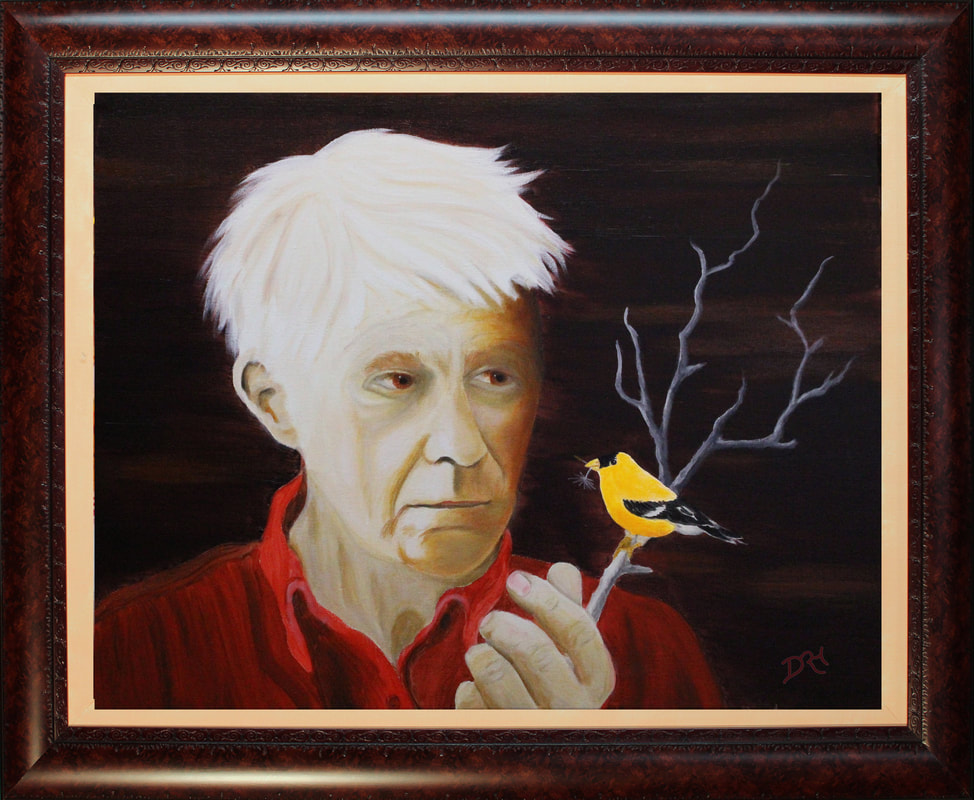 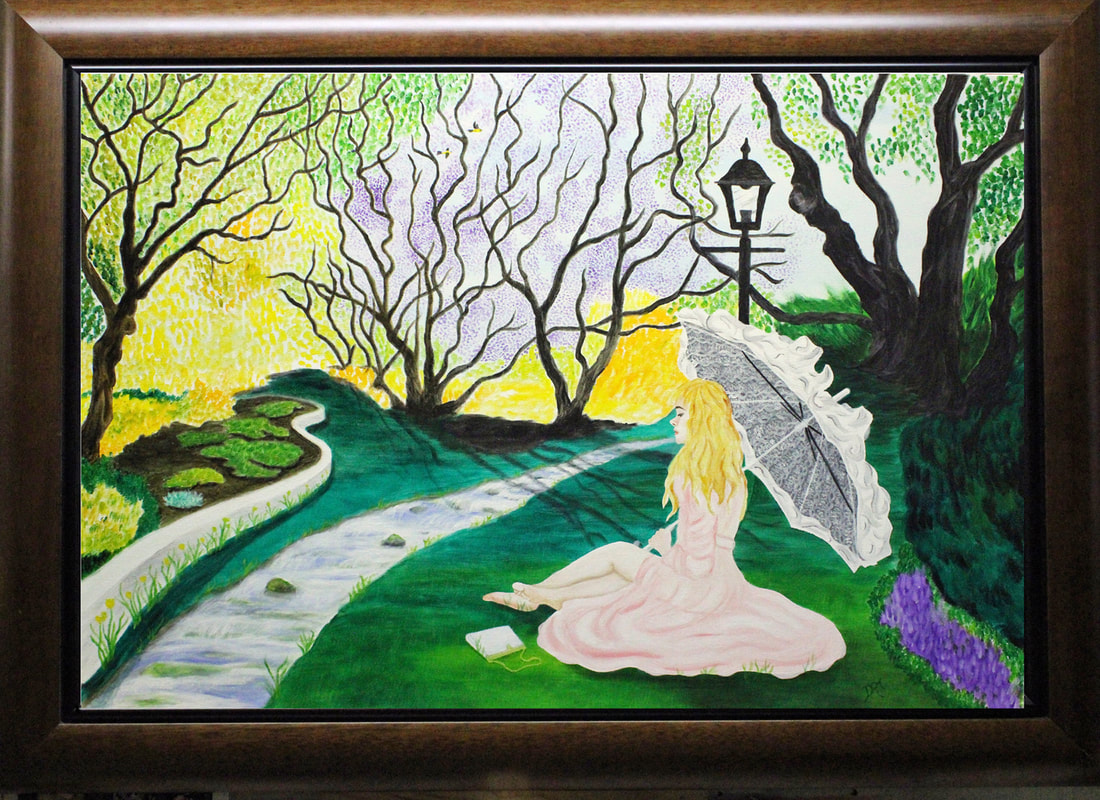 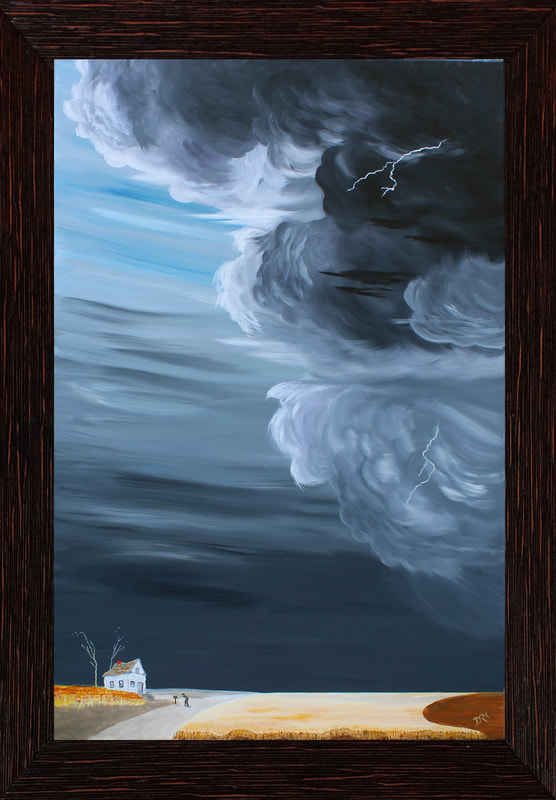 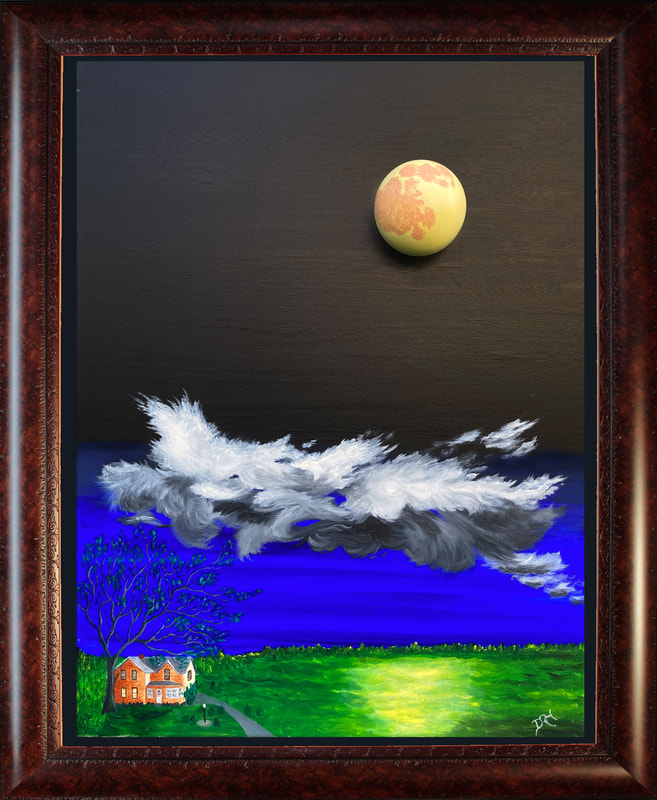 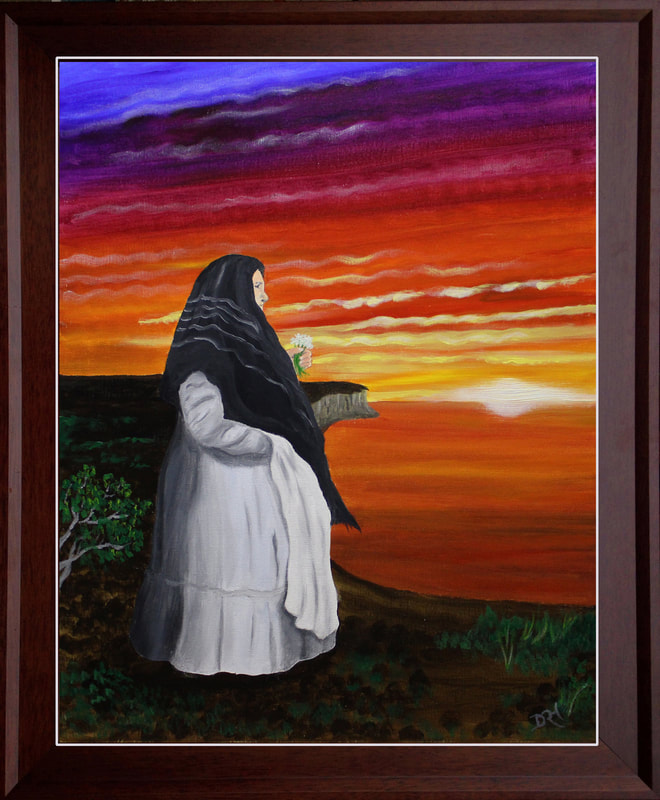 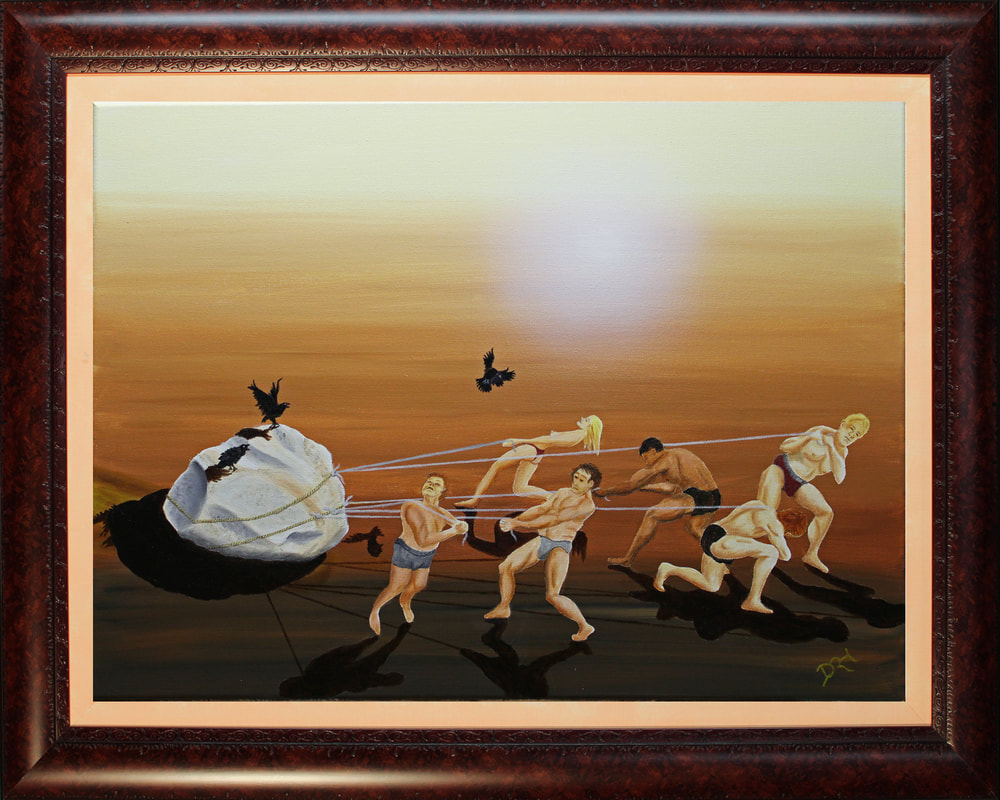 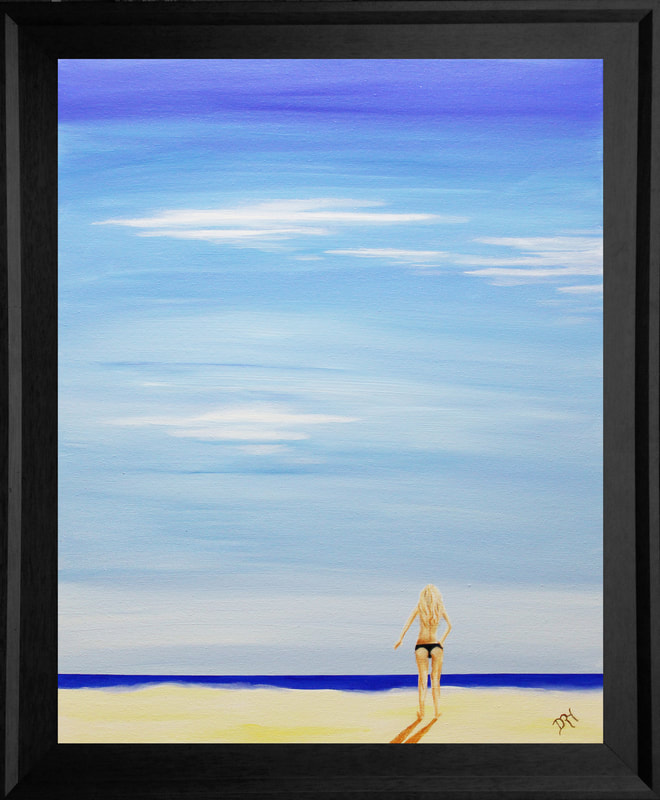 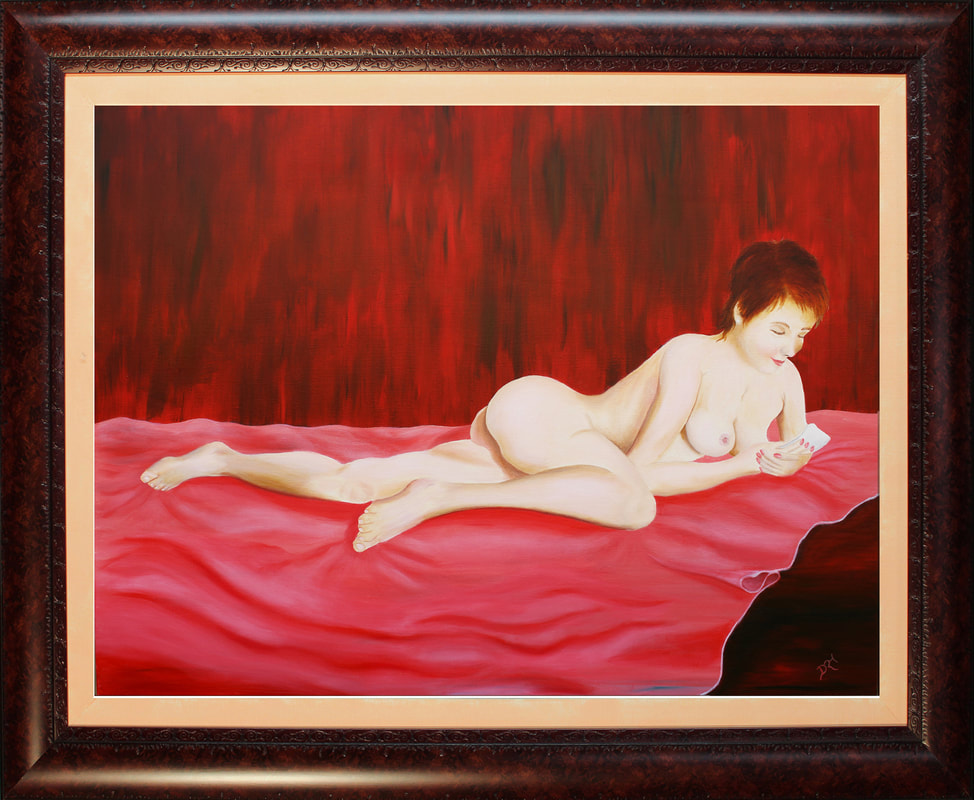 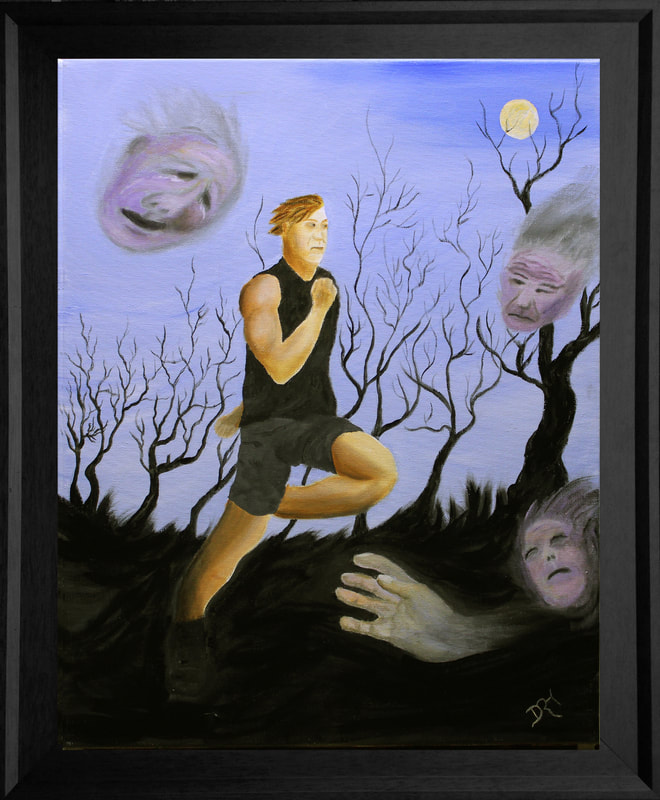 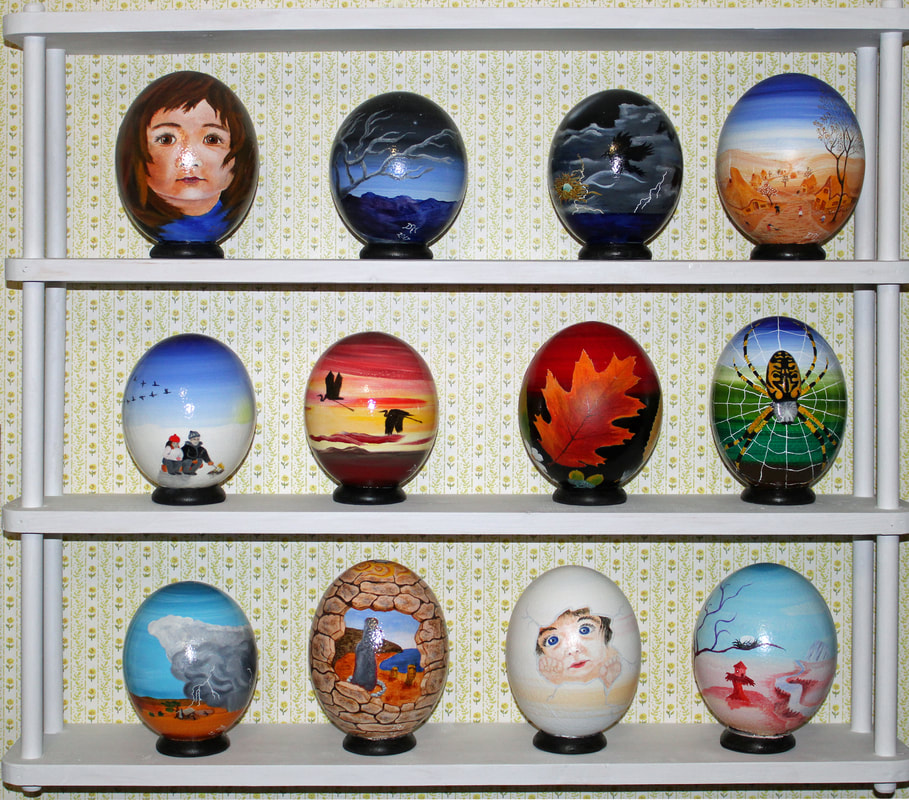 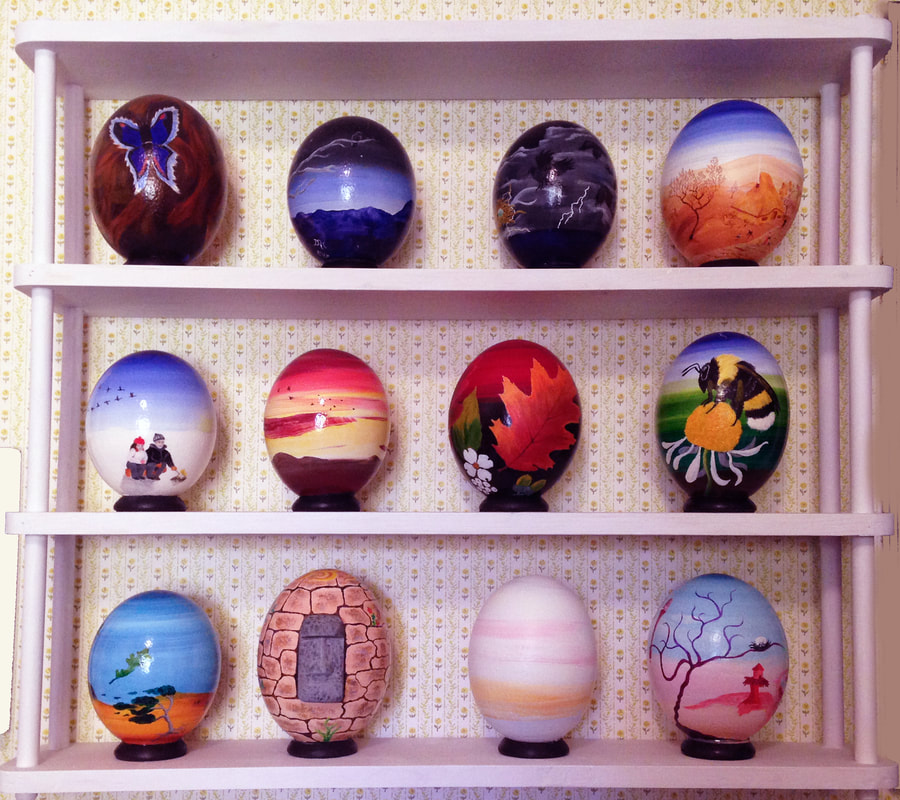 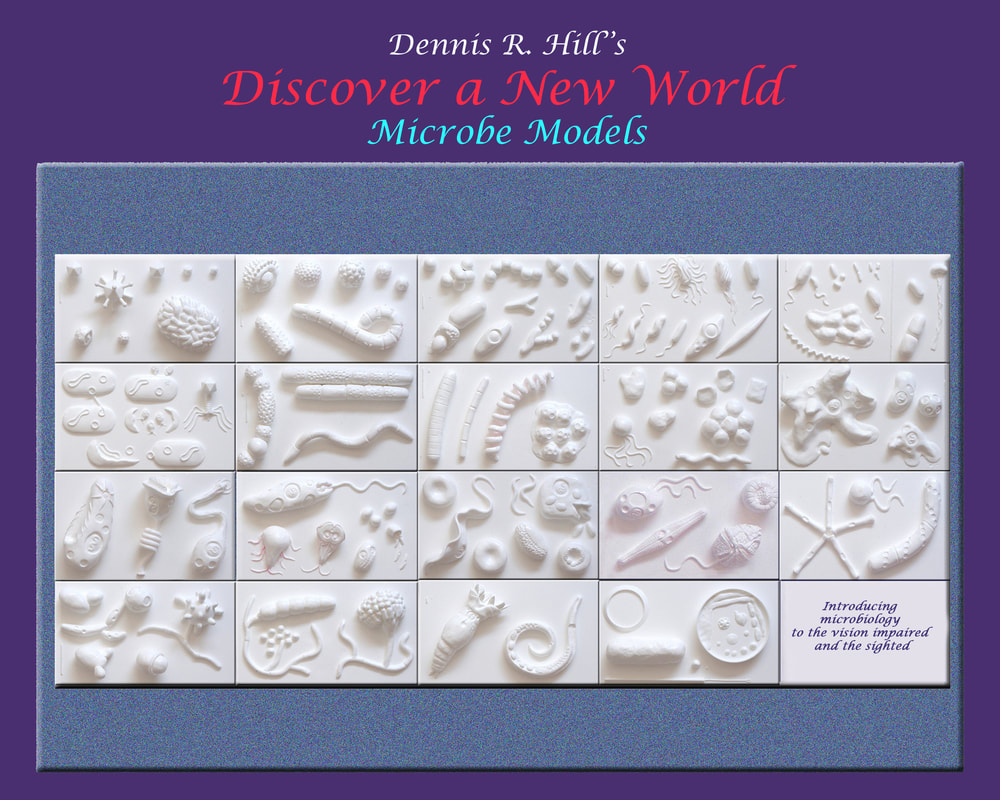